Accounting Conundrum: If Your Net Worth Is Down, Why Is Your Net Profit Up? 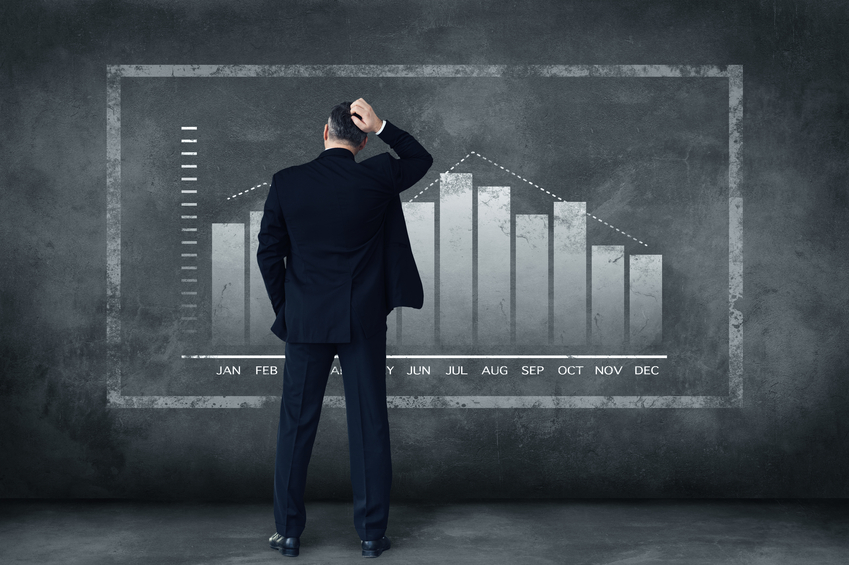 For non-accountants, the discordance may seem jarring. In the fiscal year to March 2016, “we unexpectedly became the No. 1 general trading company in terms of net profit,” wrote Masahiro Okafuji, President and CEO of Japan’s Itochu Corporation, in the company’s latest annual report.

Established in 1858 as a trading house in textiles and heavy industry, Itochu announced net profit of 240.4 billion yen (US$2.3 billion at the current exchange rate). That was down 20% from the previous fiscal year, but its business rivals did worse. Okafuji said that “mismanagement by our competitors” is a major factor behind those results.

But then Itochu also disclosed a fall in net worth (shareholders’ equity) of 239.5 billion yen, almost equal its net income. The financial press, notably the Wall Street Journal, attributed this seeming anomaly in part to the way the company accounted for its investments in a Colombian mine and a financial conglomerate in China.

“The accounting issues surrounding Itochu are one example of those arising globally from the sudden fall in the prices of oil, natural gas and coal over the past few years," the Journal noted. "Singapore-listed commodities trader Noble Group Ltd came under scrutiny last year after an anonymous research outfit criticized the way Noble valued its stakes in coal producers . . . New York state’s attorney general is examining why Exxon Mobil Corp. hasn’t written down the value of its assets when competitors did.”

The sub-text: Shouldn’t Itochu’s income be lower than what it reported, given the 9.8% shrinkage in total shareholders’ equity?

CFOs and accountants know, of course, that there are instances when this correlation, which appears logical to laymen, does not necessarily apply. Under IAS 28, the profit or loss of an investee company does not need to be accounted for in the investor’s profit-and-loss statement, if the investor does not have “significant influence” in the way the investee company is run.

In Itochu’s case, it wrote down the value of its investment in a Colombian mine owned by US company Drummond by 80 billion yen in February 2015, which is one reason why shareholders’ equity decreased by 9.8%. But because Itochu considered that 20% stake as not giving it significant influence over the mine, it did not reflect the write-down in its fiscal-2016 p&l. If it did, net profit would have taken a hit.

But here’s the rub. Itochu has a 50% stake in investment company CT-Bright (the remainder is owned by Thailand’s Charoen Pokphand Group). CT-Bright paid US$10.4 billion last year for 20% of Chinese financial conglomerate Citic Limited, a profitable state-owned company (unlike the Colombian mine).

In this case, Itochu classified this stake as an investment in an associate under IFRS 10, meaning it has significant influence, and therefore added 40 billion yen to its fiscal-2016 p&l to reflect its share of CT-Bright’s earnings from the Citic investment.

So, to the layman, Itochu appears to be inconsistent in applying the significant-influence test in IAS 28, which says that a holding of 20% or more of the voting rights crates a “presumption of significant influence.” Why is sauce for the goose, in this case the Colombian mine (20% stake), not sauce for the gander, in this case Citic (where Itochu effectively only has 10%)?

It’s an apparent inconsistency that US short-seller Glaucus Research highlighted to short-term spectacular effect in July, in reference to Itochu’s financial results in the fiscal year to March 2015. The “inappropriate” classification of Itochu’s stake in the Colombian mine “wrongly inflated profits by 153 billion yen in FY2015,” said the short-seller.

At the same time, asserted Glaucus, the equally inappropriate classification of the Citic investment further inflated Itochu’s profits last year by 20%. The short-seller also questioned an unexpected 60 billion yen profit contribution from a Taiwanese associate, Ting Hsin. Itochu’s share price dipped 6%, but it has since recovered.

For CFOs, Itochu’s accounting decisions are a reminder of the malleable nature of IAS 28, something that the finance department can leverage, if justifiable, to present the p&l in the best possible light

Itochu points out that Deloitte, its external auditor, has given it a clean bill of health.

“In our opinion,” wrote Deloitte in its Independent Auditor’s Report, “the consolidated financial statements present fairly, in all material respects, the financial position of ITOCHU Corporation and its subsidiaries as at March 31, 2016, and their financial performance and cash flows for the year then ended in accordance with International Financial Reporting Standards.”

The markets appear to put more weight to Deloitte and Itochu than to Glaucus, going by the trajectory of the trading house’s stock price. It closed at 1,285 yen on October 28, up 13% from the time Glaucus launched its attack. The short-seller has not issued a new report after Itochu unveiled its fiscal-year 2016 results earlier this month.

And, as the Wall Street Journal makes clear, “Itochu isn’t accused by authorities of any wrongdoing.”

But the paper says Tokyo-based financial analysts are debating Itochu’s accounting treatment. According to the Journal, “they say that relying on net profit – the bottom-line number touted by Mr. Okafuji and viewed by many investors as the single best indicator of performance – may not always be the best guide.”

Time will tell whether those qualms would have an impact on Itochu as a company going forward. For other CFOs, though, Itochu’s accounting decisions are a reminder of the malleable nature of IAS 28, something that the finance department can leverage, if justifiable, to present the p&l in the best possible light.

After all, the 20% test creates only a “presumption” of significant influence. “Where an entity holds 20% or more of the voting power (directly or through subsidiaries) on an investee,” states IAS 28, “it will be presumed the investor has significant influence unless it can be clearly demonstrated that this is not the case.”

IAS 28 goes on to enumerate other factor tests to determine significant influence:

On Citic Limited, Itochu passes at least two of these tests. CT Bright is allowed to appoint two directors to the board, given its 20% stake, and there has been an interchange of personnel between the two companies.

The press, financial analysts and short-sellers that issue critical reports will have their say. But at the end of the day, it will be the external auditor, the regulators and the markets that will decide whether the CFO’s accounting decisions are appropriate or not.

Itochu appears to be on the right side of the debate for now, which may be an indication of the waning power of short-sellers. It was another short-seller, Muddy Waters, which has caused huge problems for Noble Group.

This is probably the best way for a CFO to respond to questions about the company’s accounting. Make sure the auditor signs off on it, respond to queries by pointing to that fact, and then reframe the conversation to focus the future

Then again, the 158-year-old Itochu is more established than the 30-year-old Noble Group, although its revenues are smaller in US dollar terms. Itochu has also been proactive and transparent in communicating its high-level strategies.

CFO Tsuyoshi Hachimura has not spent much time discussing the accounting issues, beyond saying that everything has been done in accordance with IFRS rules and vetted by Deloitte. But he has been vocal about the big picture.

“In consideration of the increasingly uncertain global economic environment, we decided that we needed to take steps to control future risk,” he writes in the annual report. He positioned the impairments as one way of controlling the risks. Says the CFO: “I believe that calmly focusing on the economic environment, rapidly taking action, and reducing the management burden are elements of the Company’s drive to ‘strengthen our financial position.’”

He goes on to explicitly lay out Itochu’s commitments in fiscal year 2017:

This is probably the best way for a CFO to respond to questions about the company’s accounting. Make sure the auditor signs off on it, respond to queries by pointing to that fact, and then reframe the conversation to focus on the future by setting out specific metrics against which the company should be measured.

Of course, the challenge now is for Itochu to deliver on those commitments.

Cesar Bacani is Editor-in-Chief at CFO Innovation. Contributing Reporter May May Ho contributed to this report.