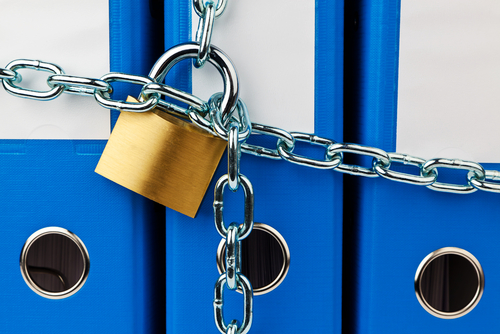 It took almost two years, but Hong Kong regulators now have clarity on whether or not they can compel accounting firms to turn over documents that relate to their work with client companies in China.

They certainly can, Judge Peter Ng of Hong Kong’s Court of First Instance ruled on 23 May.

But with that decision, EY’s member firm in Hong Kong (registered as Ernst & Young) now finds itself wedged more tightly between a rock and a hard place. It had refused to hand over to the Securities and Exchange Commission (SFC) specific documents the regulator requested in 2009, citing China’s secrecy laws.

The Hong Kong and US rulings are the rock. The hard place is the Chinese government, which has warned accounting firms not to pass on audit work papers to foreign exchanges and regulators. Earlier this month, China’s Ministry of Finance reiterated that ban, saying that accounting firms should not flout national secrecy laws.

It is anybody’s guess how all this will turn out. No one has yet turned over any document to Hong Kong and US authorities. Ernst & Young has said it is studying its options. In the US, Judge Elliott’s ruling is under appeal.

But from Hong Kong’s perspective, Judge Ng’s ruling at least clarifies the issue of ownership of audit working papers, the relationship between an accounting firm in Hong Kong and Chinese auditors it works with in the mainland, and when audit working papers can be said to be covered by China’s national secrecy laws.

The Ernst & Young case stemmed from the initial public offering in Hong Kong of Beijing-based Standard Water Limited, which owns and operates sewage and waste water treatment plants in China. In August 2009, the company engaged Ernst & Young as reporting accountant and independent auditor for the IPO.

Standard Water formally applied for a listing on the Stock Exchange of Hong Kong in November that year. Then four months later, on 16 March 2010, Ernst & Young resigned from the engagement.

In its resignation letter, the accounting firm cited as reason “inconsistencies in documentation in a number of areas that lead us to the conclusion that we can no longer continue as auditors.” Standard Water withdrew its application to list as a result.

The withdrawal was not enough for the SFC. It requested Ernst & Young to provide it with documents and information about Standard Water to enable the regulator to make an assessment of whether there was any implication of false accounting in the company’s listing application.

In its reply, Ernst & Young pointed out that it was bound by the Code of Ethics for Professional Accountants, which allows disclosure of client affairs only under very limited circumstances. The firm said it could not voluntarily provide the SFC with the information.

If the accounting firm hoped that was the end of the matter, it was wrong. The regulator decided to launch an investigation into any market misconduct or offences that might have been committed in relation to Standard Water’s listing application.

In a series of statutory notices, the SFC’s investigation team ordered Ernst & Young to explain, in detail and with supporting documents, the inconsistencies in documentation it cited. It also asked to be supplied with all correspondence between Ernst & Young, the stock exchange and the joint sponsors, JPMorgan and Macquarie.

Because Hua Ming is subject to Chinese laws, it said, there are legal impediments to Hua Ming providing documents to Ernst & Young, a foreign entity regulated in Hong Kong. (While Hong Kong is a special administrative region of China, it has its own legal system that is separate from that of the mainland.)

The SFC insisted on gaining access to the documents in eight more statutory notices. Ernst & Young maintained its position that it could not compel Hua Ming to provide the documents and information that the SFC was seeking.

It cited certain provisions of Chinese laws, notably Article 19 of the CPA Law, which prohibits the disclosure to third parties of documents, including audit work papers, and confidential information obtained in the course of an engagement.

In 2010, the SFC requested the assistance of the China Securities Regulatory Commission (CSRC). The Chinese regulator requested Hua Ming to provide it with the audit working papers on Standard Water, but Hua Ming refused.

Hua Ming said it was bound by duty of confidentiality and pointed out that the CSRC does not have jurisdiction over Standard Water. The privately held company was incorporated in the Cayman Islands, although it was owned by four Chinese nationals.

What’s in the Hard Drives?

But it was later revealed that Ernst & Young actually had copies of the audit working papers and other documents, including correspondence, in Hong Kong. These materials were contained in the hard drive of the laptop used by the Ernst & Young partner who had supervised the engagement.

This hard drive was brought to Hong Kong for the purpose of creating a forensic image of it in a second hard drive, in relation to a “partner matter” that had nothing to do with the Standard Water case, said the firm. The partner’s emails were also extracted and stored in a third hard drive.

Unfortunately, this partner had long resigned from both Ernst & Young and Hua Ming, said Ernst & Young. It would not be meaningful to compel it to give information which was in the knowledge of its former staff, the accounting firm argued.

As for the hard drives, Hua Ming had asserted proprietary rights over them and prohibited Ernst & Young from accessing the information. The Chinese firm is demanding their return, said Ernst & Young.

The hard drives are still in Hong Kong today, along with five other hard drives and at least two servers that may also contain relevant materials, and documents in the possession of two Ernst & Young staff who worked on the Standard Water engagement.

As the stand-off continued, the SFC finally asked the Court of First Instance to intervene in 2012. The regulator argued that Ernst & Young has failed to provide any reasonable excuse for not complying with its nine statutory notices.

The regulator also said that Ernst & Young has failed to demonstrate any applicable restrictions under Chinese law that prohibit it from disclosing the contents of audit working papers in its possession in Hong Kong.

“This court is not satisfied that Ernst & Young would be at a real risk of being subject to criminal, administrative or civil liabilities” in China

As for documents and papers in the possession of Hua Ming in China, the SFC said Ernst & Young has failed to establish any restrictions under Chinese laws that prohibit Hua Ming from providing them to Ernst & Young.

Judge Ng sided with the SFC. The relationship between Ernst & Young in Hong Kong and Ernst & Young Hua Ming in China is “one of agency of entrustment,” he said. The contracting party in the engagement with Standard Water is Ernst & Young, not Hua Ming.

Under Clause 8 of the General Terms in the Engagement Letter signed by Standard Water in hiring Ernst & Young, wrote the judge, “the documents and files produced during the course of providing the services under the Engagement, including working papers, belong to Ernst & Young.”

In entering into the agency agreement with Ernst & Young, Judge Ng added, Hua Ming “must know and have accepted”:

“Subject to any legal restrictions on cross-border transmission, Ernst & Young has a presently enforceable legal right under PRC laws to demand the production of the audit working papers from Hua Ming,” Judge Ng concluded.

What about China’s national secrecy laws? “As this court sees it,” said the judge succinctly, “the objection based on State secrets or commercial secrets is a complete red herring.”

Those are strong words. But Judge Ng was clear. There is no evidence presented to the court, he said, that anyone, including Hua Ming, suspected that the papers might contain state secrets or commercial secrets. And there is no evidence that Ernst & Young or Hua Ming had tried to deal with that “problem” by seeking clearance from the authorities.

All That, and Indemnity Too

As for the audit working papers and other information in the hard drives and servers, it would not be necessary for Ernst & Young to ask Hua Ming for them at all. They are already in its possession in Hong Kong – and are owned by Ernst & Young, not Hua Ming.

“This court is not satisfied that [Ernst & Young] would be at a real risk of being subject to criminal, administrative or civil liabilities if it is compelled by a Court Order to produce the HK Materials to SFC,” said the judge.

He gave Ernst & Young 28 days from the date of the ruling to comply with the nine notices served on it by the SFC “or such other period as may be agreed in writing” between the two parties.

So are audit working papers covered by China’s secrecy laws? “The answer to the question depends entirely on its contents"

Judge Ng also ordered Ernst & Young to pay for the costs of the SFC’s suit “on an indemnity basis” – meaning that if there is any dispute on the amount, it should be resolved in favor of the SFC.

So are audit working papers covered by China’s secrecy laws? It depends, said Judge Ng. “The answer to the question depends entirely on its contents.”

One reason why he came down on Ernst & Young like a ton of bricks seems to be that the firm merely asserted that the audit papers are covered by the secrecy laws. It did not bother to prove that this is indeed the case.

There’s a lesson here for other accounting firms and companies who may be tempted to use the same excuse. Meanwhile, the world awaits what the hard drives will reveal about Standard Water – and also Ernst & Young.