A New Era for Online Payments in China 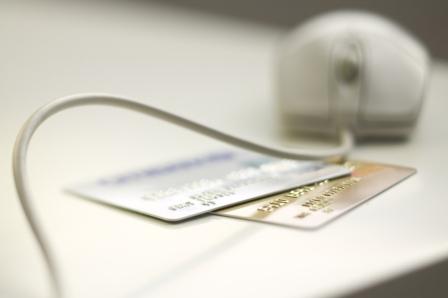 New regulations in China’s payments sector have been issued by the People’s Bank of China (PBoC). We expect significant disruption in the current market as companies fight to stay viable in the evolving landscape. While implementing guidelines have yet to be issued, the regulations favour larger, more secure third-party payment networks. Only companies which have the capital, experience and 100% local ownership can be confident of their future.

Consumers and local and foreign companies doing business in China will also benefit. Plans for regulation were first discussed in 2005. In the intervening years China’s online payment industry has boomed, achieving a massive 100% growth per year as the country grew richer and the Internet penetrated deeper and deeper. Also fuelling this expansion is the increasing integration of online payments into China’s infrastructure, including utilities and services.
But the combination of a lack of regulation and rapid development attracted a large number of small-scale payment providers to the market. Today’s more than 300 payment companies deal with tens of millions of businesses and individuals every year; together they handled transactions valued at more than RMB580 billion (US$85.5 billion) in 2009. However, many are organised around low-cost, low-margin strategies, and are believed not to have adequate security infrastructure in place to protect their users, their partner enterprises, or the credits they have stored.
China’s Crackdown
The effect of lax regulations became abundantly clear when an executive of U.S.- invested payment provider 99Bill.com, which has over 62 million registered users and approximately 450,000 merchant partners in China, was arrested for allegedly transferring funds of over RMB3 billion to an offshore gambling syndicate. Without government control, the risk of money laundering, fraud and other illegal activities carried out through the online payment industry is high. This is further compounded by the large transaction volumes carried out by payment providers.
These are the problems which the PBoC hopes to solve with its new regulations. All non-financial institutions must now seek the central bank’s approval to operate third-party payment services. While the details of the approval process have yet to be revealed, it is likely to mean one of two things. Companies will either need to obtain a license to act as a third-party payment provider, or they must cite third-party payment as clearly within their business scope, thus placing them under the purview of the financial authorities.
Regardless of what form the approval takes, companies looking to run or continue running national third-party payment businesses must adhere to very strict requirements. The most limiting is the requirement that a company must have at least RMB100 million of registered capital for it to obtain approval to practice nationwide payment processing. The requirements are intended to help the PBoC measure a company’s ability to handle financial risk, while raising the bar for market entry to keep out inexperienced or underfunded companies that are likely to fail.
To give the PBoC enough information to monitor the industry and ensure that businesses are behaving responsibly and safely, operational and reporting requirements have also been put in place. While it is fairly certain that these regulations will be good for the industry as a whole, by bringing stability and raising consumer confidence, its immediate impact on China’s many industry players could be grave.
Small Not Beautiful
The high barriers for approval are possibly too high for many of China’s smaller payment providers, which may end up losing their investments in the industry as well as any user credits they have stored within their systems. The biggest payment providers in the market, Alipay and Tenpay, may also have been put on the back foot. While they meet all the current requirements for PBoC approval, they have a significant amount of foreign investment and the current approval regulations do not apply to foreign funded companies.
According to the PBoC, “the business scope for foreign companies, the requirements for foreign investors in such businesses and the investment ratios for foreigners will be stipulated separately and reported to the State Council for approval.” Song Fei Xu, a Professor of Economics at Peking University, believes that the rules for foreign-funded companies will be stricter than those for local ones.
The new regulations will almost certainly improve China’s payment industry by giving it the security and monitoring it needs to become trusted by consumers and businesses alike. There will surely be short-term disruptions, particularly among the smaller providers. But as Celina Luan, General Manager of iPS, puts it: “The new policies will promote the healthy development of the industry, enhance the professional image of online payment providers and change the industry’s image for the better.”
About the Author
Ronald Chua is Assistant General Manager at iPS, a pioneer in China’s third-party payment industry. It provides an online payment platform and payment solutions to e-commerce merchants and other companies, and has formed partnerships with 30 Chinese banks and international credit card organisations, including Visa, MasterCard, JCB, American Express, Diners and Singapore’s NETS.
Read more on
digital transformation