A Global Ranking of Cities under Threat from Natural Disasters 2013 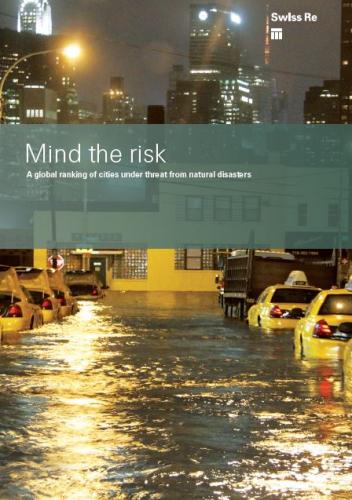 This report from Swiss Re provides a risk index of 616 cities around the globe, based on human and economic exposure to natural disasters. Cities that are struck with natural disasters can affect lives of millions of people, and the economic impact can be enormous. This study is a basis for decision-makers, and other sectors to promote dialogue on urban resilience.
The report shows that coastal cities in Asia are especially vulnerable to catastrophic flood, storms, storm surges, earthquakes and tsunamis. Measured on all these five perils, the following cities are the world’s most exposed urban areas:
(Ranking: People potentially affected, in millions)