A Better Life? The Wants and Worries of China's Consumers 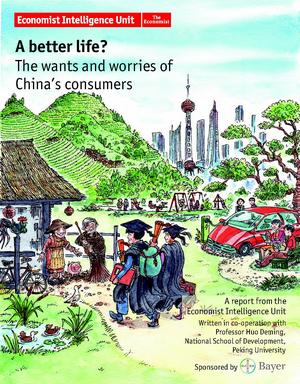 The EIU finds that Chinese consumers, both urban and rural, are optimistic about the future but remain big savers and cautious spenders, despite their government's concerted effort to stimulate domestic demand.